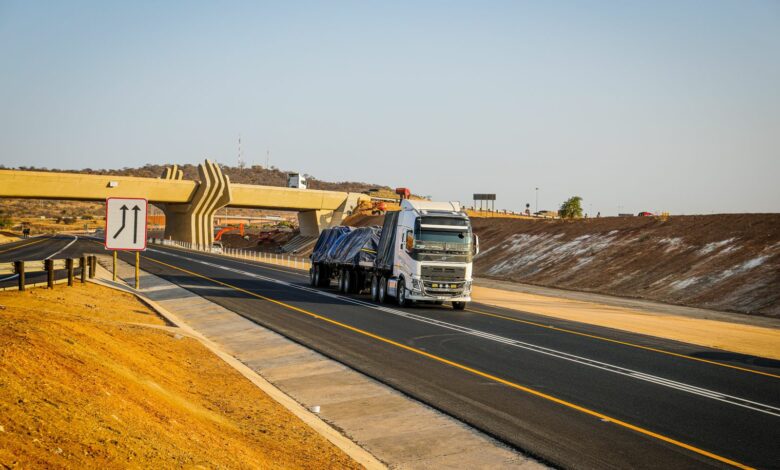 Construction of the ring road formed part of government’s infrastructure projects programme that sought to create employment opportunities across various sectors and communities.

The road is between Musina and the Beit Bridge Border Post, which is a gateway to many other Southern African Development Community countries that trade with South Africa such as Zambia and the Democratic Republic Congo.

Public works spokesperson Witness Tiva said the R640m project will end and alleviate pressure on the N1 passing through Musina city center which sees over 1 000 heavy vehicles on a daily bases, causing congestion and obstruction to economic activity.

“This is such a major relief to us as it will ease traffic congestion in the busy town of Musina which links us with SADC countries,” Rakgoale said.

Owen Simba, Makali Construction site manager said his company built the bridges and the culverts at an investment of R114m and created jobs for 12 skilled labourers as well as 23 local general workers.

Hennie Kotze, project engineer for SANRAL’s Northern Region, said the new road brings much-needed relief to roads in the Musina central business district, where trucks travel to and from the Beitbridge Border Post.

“I am confident that road users and residents are enjoying the benefits of the newly constructed Musina Ring Road,” said Kotze.

“We experience traffic congestion as a result of the many trucks travelling to and from the border post. This caused heavy delays, which became worse during Easter, the festive season and on long weekends,” he said.

“Musina was now looking like Gauteng and Durban when it comes to road infrastructure. The opening of this road also comes as a huge relief to us as taxi operators, pedestrians and all road users in the area. People around Musina are excited to see the new road as it alleviates congestion in the CBD,” he said.