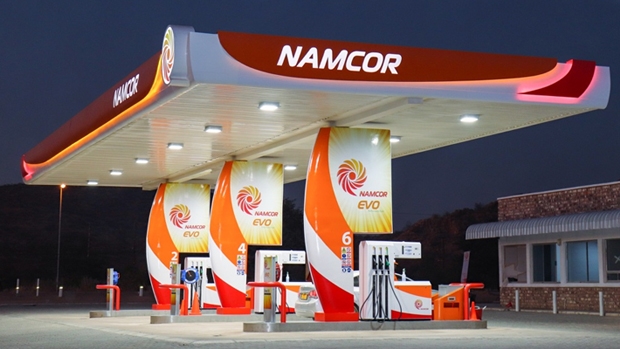 The National Petroleum Corporation of Namibia (Namcor) has inaugurated its second service station at Ekuku-Oshakati, located in the Oshana region. It’s opening at the edge of the Ekuku and Ehneye road has brought the company’s total number of service stations to nine.

“Namcor retail agenda looks at establishing a sufficient network of profitable sites that will enable them to later serve remote areas, such as regional capitals and rural areas, that do not have access to these services,” said Davis Maphosa, Namcor’s Sales and Marketing Executive, in a statement published by the local media outlet New Era Live.

The new forecourt will respond to customer’s fueling needs as well as offering different fast food and beverage options. Maphosa also stated that although the company has built the installations, they provide opportunities to the public to operate them.

“The fuel station is strategically located and will serve the entire community of Oshakati and travellers passing through the town,” said the mayor of Oshakati, Leonard Hango. According to the news site, the stations serve a community of 37,000 inhabitants and Namcor aims to have 33 forecourts functioning in the country within the next three years.

The governor of the Oshana region, Elia Irimari, has stated that this development will support the socio-economic activities for the local and regional agenda. “Retail sites are one of the building blocks towards realising meaningful shareholder value,” added Maphosa.

LÜDERITZ (NAMIBIA) : This old diamond-mining town, perched on the rocky Atlantic coastline of this sparsely populated desert nation, last boomed at the start of the 20th century, when diamonds were discovered in the nearby dunes.

Now Namibia is positioning itself as a leader in the emerging market for another hot resource: green hydrogen, which is made using renewable electricity.

With bright sunshine 300 days a year and vicious winds that rip along a nearly 1,000-mile coast, renewable experts and government officials say the southwest African nation has outsize potential for renewable energy production. That is piquing the interest of investors seeking to grow their foothold in the mushrooming green-energy asset class.

Namibia is already putting up to €40 million in funding, worth $45.3 million, from former colonial power Germany to use on feasibility studies and pilot projects related to so-called green hydrogen. That is made by using renewable energy like wind or solar to separate and distill the hydrogen atoms in water, as opposed to making hydrogen from fossil fuels, which is known as gray hydrogen, or blue hydrogen if the emissions from the fossil fuels are captured.

Most hydrogen produced today isn’t green. Hydrogen can be burned in engines to power autos and airplanes instead of petroleum fuels, or in power plants instead of coal or natural gas.

Germany’s government says Namibia’s natural advantages could help it produce the world’s cheapest green hydrogen—a crucial ingredient in policies hoping to cut carbon emissions to the net-zero benchmark by 2050. Green hydrogen could also provide long-term storage for renewable energy—using green power to make hydrogen, then burning the hydrogen in a power plant, thus “storing” that electricity for later. Namibia expects to be able to export green hydrogen before 2025.

Namibia is one of many countries seeking to cash in on the green energy rush. There are efforts all over the world to increase production of hydrogen, from Morocco to Australia to Chile. The U.S. Department of Energy has said that the race to make clean hydrogen is the equivalent of this generation’s “moonshot.” Over the last 12 months, there has been a 50-fold increase in announced green hydrogen projects globally, according to consulting firm Wood Mackenzie. But such projects require expensive infrastructure.

The road to widespread use of green hydrogen is a long one: the costly technology needs to be more-widely used to reduce costs and prices.

Another hurdle to overcome is how to export the finished product. Lüderitz will need a new deep water port to export via ship, which the government expects to fund via a public-private partnership. And as an extremely arid nation, Namibia’s green hydrogen production will include seawater desalination. Desalination plants are typically expensive, though the German government says the process accounts for just 1% of hydrogen production costs.

“The list is quite short of those new potential large renewable capable countries and Namibia is there,” said Noel Tomnay, global head of hydrogen consulting at Wood Mackenzie. But he also pointed to significant challenges. “Infrastructure, suitable water and just the uncertainty associated with someone who’s not been doing that in the past on a large scale,” he said.