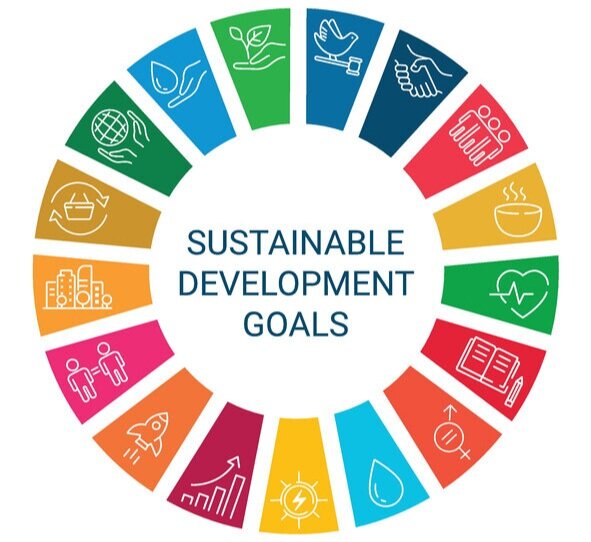 Enhancing the efficient use of energy resources

Of the 1.4 billion people worldwide without access to energy, 40 per cent are in sub-Saharan Africa. The continent’s energy development lags behind the growth of its population and socio-economic needs, according to a NEPAD report. Africa, with 13 per cent of the world’s population, produces 7 per cent of global commercial energy, but consumes only 3 per cent of it. “Thus, most of the commercial energy it produces is consumed elsewhere,” states NEPAD. In sub-Saharan Africa, traditional fuels, such as firewood, constitute two-thirds of energy consumption. African leaders have endorsed a 10-year programme on sustainable consumption and production to enhance the efficient use of energy resources.

Agriculture employs 60 per cent of Africa’s labour force, while three-fifths of farmers work at a subsistence level. Efforts in many African countries to increase agricultural production have not guaranteed food security. Africa still relies on rain-fed agriculture, making it vulnerable to harsh weather conditions, including climate change. Africa’s food insecurity has been further worsened by the threat of rising food prices caused by increased incomes in countries such as China, India and Brazil, the growing use of land for biofuels and the subsidies rich countries offer their own farmers. African leaders need the developed world to increase its commitments to assist agricultural productivity and food security in the continent. They have committed themselves — through the Comprehensive Africa Agriculture Development Programme (CAADP), adopted in July 2003 under the framework of the New Partnership for Africa’s Development (NEPAD) — to allocate at least 10 per cent of national budgets to agriculture. They also aim to boost growth in agricultural production to at least an average 6 per cent a year. Countries, such as Sierra Leone, that have increased budgetary allocations have improved their productivity.

Africa is a dry continent, second only to Australia. Around 340 million Africans have no access to safe drinking water, about 40 per cent of the world’s total. Estimates indicate that only 26 out of 54 African countries will meet the Millennium Development Goal (MDG) of halving the percentage of the population without access to safe drinking water by 2015. Uneven water distribution is one problem. Central Africa accounts for 48 per cent of Africa’s internal water supply, while North Africa has only 1.25 per cent. The infrastructure capacity to provide safe water is also uneven: although 90 per cent of people in North Africa have access to safe drinking war, only 61 per cent of people in sub-Saharan Africa do. Gambia and Cape Verde, however, provide clean water to 80 per cent of their populations. According to the UN Environment Programme (UNEP), harvesting rainwater could provide water for half of all Africans.

Africa’s infrastructure and land use planning are unable to cope with the rapid growth of urban areas (currently 3.5 per cent per year), adding to the discharge of wastes in water and other uncontrolled places. African leaders have asked the international community to support the transfer of knowledge and technology for environmentally sound management of wastes. They also want support to strengthen capacity to control imports and exports of wastes into and within Africa. Many African countries have met their commitment under the Dakar Declaration to ban leaded gasoline. The International Atomic Energy Agency is helping some countries to safely manage radioactive wastes, especially with the discovery of uranium in a number of African countries. Gambia, Nigeria and Senegal, among others, have started implementing the Globally Harmonized System of Classification and Labelling of Chemicals, to help standardize the handling of chemicals.

In Africa climate change is hindering progress towards sustainable development by contributing to reduced rainfall, hotter temperatures, flooding and the spread of water-borne diseases such as cholera. Africa accounts for only 2-3 per cent of the world’s carbon dioxide emissions. Africa’s biggest contributors are South Africa, Algeria, Egypt, Libya and Nigeria. While it contributes relatively little to global greenhouse gas emissions, Africa’s low adaptive capacity makes it more vulnerable to the impacts of climate change. If greenhouse gas emissions are not curtailed, scientists agree, average global temperatures could rise 4-5° centigrade within a century, which would be calamitous, according to the Intergovernmental Panel on Climate Change. Currently the Horn of Africa is facing its worst drought in over 60 years.

Africa is the fastest growing tourist destination in the world

About 7.7 million people are employed in Africa’s tourism and travel sector, according to the UN World Tourism Organization. In 2004, NEPAD approved a Tourism Action Plan to make Africa the “21st century destination.” Most African governments have tourism in their development strategies, including marketing, research and development, and codes of conduct for tourism. There are plans to invest in major projects likely to generate spin-offs and enhance Africa’s economic integration. Tourist arrivals in Africa grew 8.8 per cent in 2009-2010, the highest rate for any region. Morocco, Angola, Cape Verde, Madagascar, Egypt and South Africa are recording double-digit growth, while Tanzania and Mauritius are not far behind. However, tourism slowed in North Africa due to recent political developments.

Twenty-nine African countries have ratified the protocol of the African charter promoting women’s rights. All but 10 African countries have adopted the Convention on the Elimination of All Forms of Discrimination Against Women (CEDAW). The AU launched in October 2010 the African Women’s Decade. In addition 18 of the 28 countries where female genital mutilation was widely practiced have outlawed it, with a goal of totally eliminating it by 2015. African women’s involvement in politics is increasing. In 2008 Rwanda elected a majority of women to its lower chamber of parliament, the highest worldwide. Africa’s first female president, Ellen Johnson-Sirleaf of Liberia, was elected in 2005 and then re-elected in 2011. Despite such gains, only 76 girls for every 100 boys are enrolled in colleges and universities in Africa, 91 girls for every 100 boys in primary schools and 79 girls for every 100 boys in secondary schools.

Many countries are on track to achieve universal primary education

Many African countries are on track to achieving the MDG target of universal primary education by 2015. Burundi, Ethiopia, Ghana, Kenya, Mozambique and Tanzania have abolished school fees for primary education. However, 30 million children, mostly girls, still have no access to education and there is an acute need for more trained teachers. At the tertiary levels, enrolment is just 6 per cent, while up to 40 per cent of faculty positions are vacant.

Many African countries face a high prevalence of malaria, HIV/AIDS and non-communicable diseases such as cancer, diabetes and cardiovascular ailments. In 2008 Africa accounted for half of the world’s 8.8 million child deaths. But there is also good news. Since 1990, under-five mortality in sub-Saharan Africa has declined by 22 per cent. In 2008, some 76 per cent of one-year-olds were immunized against measles, compared to 58 per cent in 1990. Mozambique has achieved a reduction in infant mortality of more than 70 per cent, Malawi of 68 per cent and Niger of 64 per cent. Burundi, Cape Verde and Egypt have also registered impressive progress in reducing infant mortality.

Africa is losing 4 million hectares of forest every year, twice the world’s average deforestation rate. While deforestation may increase agricultural land, it also leads to only short-lived agricultural productivity as land nutrients are depleted. Approximately 50 per cent of Africa’s eco-regions have lost 50 per cent of their areas to degradation, cultivation or urbanization, according to UNEP. Africa still has over 2 million square kilometres of protected areas. Nevertheless, the continent’s coastal areas continue to confront problems associated with oil and mineral extraction, uncontrolled fishing, mismanagement of mangrove forests and coastal development. Forest trees are being used to build shelters and for charcoal, destroying the habitats of many species.