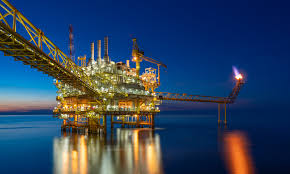 African Oil and Gas Producing Countries, Urged to Develop A Social Investment Plan that Utilizes Proceeds from the Hydrocarbons.

The Director of Resources and Energy, ABSA Securities, United Kingdom, a specialist investment bank with focus on funding for oil and gas projects in Africa, Camillo Atampugre, maintained that a social investment plan is critical to stimulating impactful growth across the African continent.

He noted that ABSA Investment’s focus aims to drive sustainability and advocate a wider pivot to the Environmental, Social and Governance (ESG) initiatives across the oil and gas sector.

According to Atampugre, the oil and gas sector remains a key channel of revenue for most African countries.

He disclosed that the sector accounts for an estimated 20 per cent of the continent’s Gross Domestic Product (GDP), while in places like Nigeria and Angola, the sector contributes 70 per cent of the overall forex inflows and 60 per cent of government tax revenues while driving growth impacts that reverberate across the labour market, the security and exchange system and other downstream segments.

He advised that considering the overt contribution of the oil and gas sector to the African economy, a strategic approach to the adoption of cleaner energy is advisable. This, he said, is to forestall a sudden snap that could hamper the attainment of the shorter to medium terms growth projection on the continent.

He further pointed out the various responsible steps being taken across the continent to ensure compliance with the various ESG requirements as regard achieving a gradual transition into cleaner energy and repositioning the oil and gas sector to sustain a balanced socioeconomic impact along the trajectory.

“Recognizing the strategic role of the sector in their economies, places like Angola and Nigeria have taken steps to improve governance elements.

In Angola, the President has put significant focus on cleaning up the image of the sector and courting foreign investors, while the Nigerian National Assembly recently passed the Petroleum Industry Bill which is aimed at making it easier for investment into Nigerian oil and gas operations”, Atampugre explained.