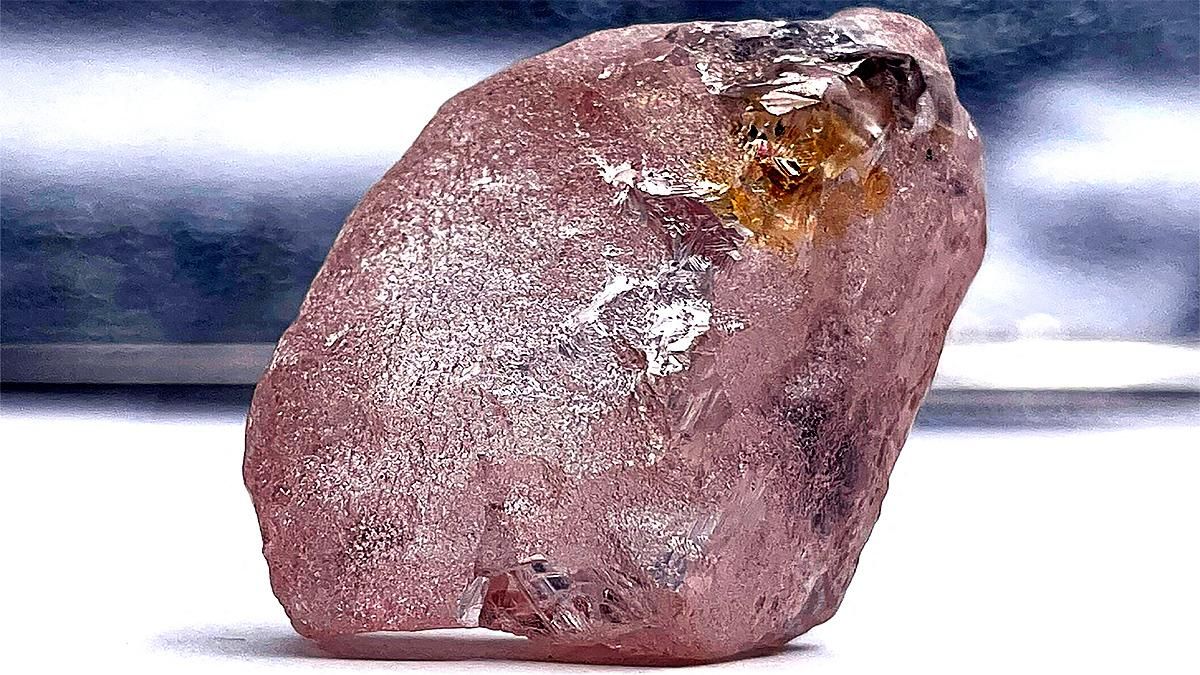 A newly-found pink diamond may be the largest one recovered in the last 300 years, according to an Australian mining company.

The diamond has been named “The Lulo Rose” after Lulo — the location of its discovery.

It is believed to be one of the biggest pink rough diamonds ever recovered globally, Lucapa said in an exchange filing on July 27.

The rare 170-carat rock was discovered in Angola in Africa by Lucapa Diamond Company and its partners weighs 34 grams. and is named “Lulu Rose” after the location of its discovery. The Lulu Rose diamond is classified as Type 2A, meaning it has little or no density. The largest diamond ever discovered is thought to be the 185-carat “River of Light”, which was discovered in a mine in India and adorned the Iranian crown. One of the diamonds like the Lulu Rose, Pink. A rare diamond called the Star was sold for $71.2 million (71.2 million) at an auction in Hong Kong in 2017. The Cullinan, the largest diamond of any color to date, was discovered in a South African mine in 1905. The 3,107-carat Cullen diamond, weighing about half a kilogram, was later cut into 105 different pieces, and the Cullen-1 is the world’s largest clear-cut diamond by the British Shaw. He became the jewel of the crown.

Angola’s mineral resources minister Diamantino Azevedo said the historic discovery goes on to show that the country is an important global player in diamond mining.

“It demonstrates the potential and rewards for commitment and investment in our growing diamond mining industry,” the minister added. Meanwhile, Lupaca’s management described the diamond as an “exceptional resource and a gift”.

“We are once again made very proud by yet another historic recovery,” the company’s managing director Stephen Wetherall said. “We too look forward to our partnership progressing its exploration effort, where we are now bulk sampling the priority kimberlites, in search for the primary kimberlite sources of these exceptional and high-value diamonds.” Lulo is the site where two of the largest diamonds in Angola have been discovered.

Before the historic pink diamond, a 404-carat rock called the “4th February Stone” was found there.