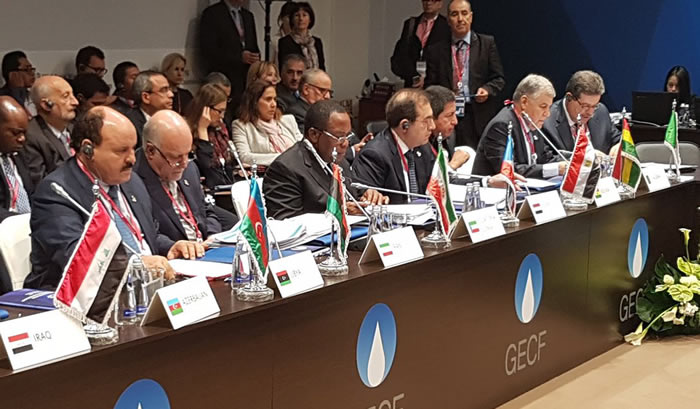 A private sector initiative called LNG2Africa is addressing one of the continent’s biggest lost opportunities, turning LNG into an African asset.

2018 is turning out to be a bold new year. We are witnessing changes to the African energy market that are both welcome and long-awaited for. We spoke before of the great progress Nigeria is making in harnessing its long-neglected treasure that is natural gas. The fight against gas flaring is long, but one that is progressively being conquered. However, for the most part, Africans have failed to enjoy the benefits of this cheaper and cleaner source of power. Across the continent, nations, including crude oil producers, remain chronically dependent on expensive imports of refined fuel, as nearly none have the necessary refining capacity to supply Africa’s internal market. This has represented a major lost opportunity for Africa for decades, one we can no longer afford to dismiss. Some initiatives have tried to address this issue with considerable success, particularly, LNG2Africa, an intra-Africa LNG deal-brokering private sector initiative which is creating opportunities for the development of this industry across the continent and has already scored many landmarks in less than a year of existence.

Initiative’s like this are paramount if we wish for an energy independent Africa, where Africans have access to electricity and where we can foster the creation of jobs and spur industrial development. Africa holds hundreds of trillions of cubic feet of natural gas under its soil, enough to power itself for decades, not to mention hundreds of billions of dollars in exports to power hungry nations across the globe. The collapse in the price of oil over the last few years, for all the pain it has caused to the continent’s economies, has forced political leaders to make better use of other resources that had remained under-explored. Until now, high costs related to exploration and production combined with low prices, limited the  economic feasibility of many natural gas projects. Fortunately, new technological developments through offshore floating liquefaction infrastructure have made the exploitation and transport of those resources much cheaper and quicker to implement. Recent major discoveries in Cameroon, Gabon, Mauritania, the Congo and Senegal, added to the major reserves held by Nigeria, Equatorial Guinea, Angola, Tanzania and Mozambique have made it even more evident that it is not a resource to be ignored. As these developments take place, the global export market seems to be headed to a situation of oversupply.

The shale gas boom in the United States represented not only the loss of a considerable consumer for African natural gas but also the emergence of a competing Liquefied Natural Gas (LNG) exporter. In the Middle East, Iran’s ramping up of production added more  pressure into the market, and Australia’s major LNG export investments will further increase competition by 2020.

Historically, African natural gas production has been almost exclusively directed at exports to the United States and Europe, markets where it is becoming ever harder to compete, all the while being ignored as the potential seed of Africa’s industrial growth. A look within this scenario it becomes evident that African nations must look within to make the best of the scenario in front of them. Instead of trying to compete with the likes of Australia and Qatar for contracts with India, Japan and China, they need to look to Africa’s own market and promote the development of a natural gas-based market that could be the cornerstone of Africa’s economic growth. Why would a country in West Africa choose to import expensive diesel from refineries in Texas for its power stations, when it could use its own cheaper resources, or those of a gas producing neighbour, to power its economy? The utilization of natural gas can profoundly transform the continent and the lives of its citizens. Beyond that, a focus on intra-African energy trading can spur a new age of political and economic relations between African countries and create a strong internal market for our industries, businesses   and people. Across the continent, people and industries still suffer with lack of access to electricity or poor and unreliable connections, despite the vast amount of resources we have.

Gas-to-power projects could come a long way in addressing much of the continent’s electricity shortfalls, but it will also fulfil the fundamental roll of environmental protection, as it is a much cleaner source of power than diesel. Beyond that, the use of natural gas would allow nations to cut down on the extremely expensive effort of importing refined oil products from other parts of the world. This means that people will be better serviced for a lesser cost.

This means that industries will spend less on power, making them more competitive and profitable and that African nations will be less dependent on the price of diesel to power its economies. A company that does not have to stop production due to power outages or endure high costs to access electric power is a more efficient and productive company, with greater capacity to expand, grow, be profitable and contribute to economic and social development. Natural gas can be used for household heating, cooking, producing fertilizers or be used to produce Compressed Natural Gas, a much cheaper and cleaner vehicle fuel replacement for gasoline or diesel. A shift in the paradigm of power generation and gas utilization across the continent could spur extensive economic development and create hundreds of thousands of jobs. Signs of change Finally, in recent years, we started to see some signs of change. The investment in natural gas fired power plants and transport infrastructure witnessed in the last few years has made the internal market for natural gas consumption grow significantly within the African domestic market. Countries like Egypt, Morocco, South Africa or Ivory Coast are growing increasingly dependent on natural gas to fuel its expansive gas-to-power programs.

Also, offshore reserves that had, for decades, been deemed too expensive to extract, are progressively being made feasible. New technologies are making the development of natural gas transport infrastructure more economical. Diesel ran engines can easily be transformed into multi-fuel generators, which can also run on natural gas.

In January 2018, Mozambican authorities confirmed that a consortium of banks is investing USD$8 billion in a floating LNG (FLNG) development in the country’s Coral gas field. That corresponds to a bit over 70% of Mozambique’s 2016 gross domestic product, which stood at USD$11 billion. The impact of the development of this industry cannot be overstated. The reserves from the Coral field can be used to fulfill Mozambique’s energy needs and that of its neighbours, create jobs and spur the growth of industries. Equatorial Guinea’s success with the Fortuna FLNG development is another resounding example of the impact of these new technological solutions across the continent. Cameroon’s newly designed FLNG offshore platform, introduces technological improvements that could further reduce the cost of production and make natural gas even more competitive for power generation. All of these examples are coming together to push the continent into a new era.

LNG2Africa This represents a major opportunity for African nations. In the attempts to try to diversify from the crude oil industry and to give access to power to the millions of Africans that remain isolated from industrial development, political leaders and private actors have the chance to develop an internal natural gas-based industry that can be competitive, in a time where the global market is slowing down. This is the premise and the argument behind the value of the LNG2Africa initiative. This private sector movement is striving to strike inter-African long-term Sales and Purchase agreements between African nations. It is aiming at fostering cooperation and knowledge exchange amongst the continent’s natural gas producing and consuming nations in order to facilitate infrastructural development. With the strong endorsement of the government of Equatorial Guinea, one of the continent’s biggest LNG exporters, the LNG2Africa initiative has helped to strike a memorandum of understanding (MOU) between the Equatorial Guinean government and Ghana to kick-start negotiations on a LNG sales agreement between the two nations, in June. Three months later, a similar  success was achieved between Equatorial Guinea and Burkina Faso, with the signing of a 3-year long MOU for the negotiation of LNG supply and the construction of transport  infrastructure.

Further, the initiative is joining both official authorities and private energy trading companies that can provide financing and transport solutions for the resources. These are very positive developments that have the potential to spur a new golden age for the African natural gas industry. Above all, it represents a strong move towards using African resources for the  development of African nations and its citizens, all being promoted by African energy leaders.

NJ Ayuk JD/MBA is a leading energy lawyer and a strong advocate for African entrepreneurs, he is recognized as one of the foremost figures in African business today. A Global Shaper with the World Economic Forum, one of Forbes’ Top 10 Most Influential Men in Africa in 2015, and a well-kn own dealmaker in the petroleum and power sectors. He  is the founder and CEO of Centurion