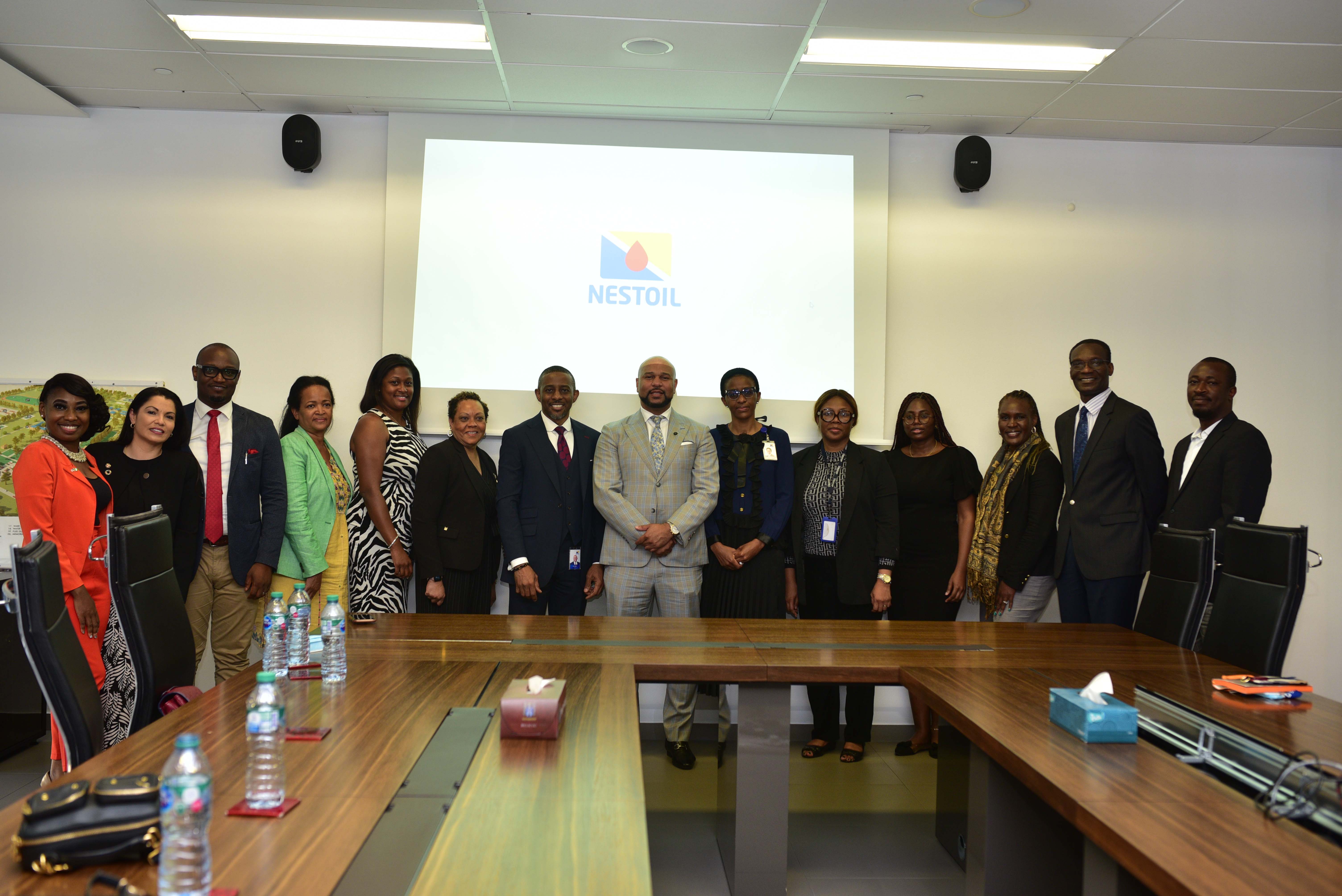 A delegation of Entrepreneurs, Politicians and Attorneys from the United States of America, visited Nestoil Nigeria Limited on Tuesday, April 26th.

The U.S Delegation of six, led by the President of the National Bar Association, Judge Carlos Moore, were focused on conversations, geared at strengthening trade relationships with sub-Saharan Africa.

During the visit, Democratic member of the Mississippi House of Representatives – Lataisha Mona Jackson, stated that U.S-Africa trade remains arguably underdeveloped, with only approximately 1.5 percent of U.S. exports to sub-Saharan Africa making the fore.

Jackson highlighted that One important way of supporting Africa’s growth and development is through increased African engagements with international economies, and increased participation in international trade”.

Judge Moore stated that ”Nestoil has grown to become the leading indigenous EPC provider for major IOCs (International Oil Companies) in Sub-Saharan Africa like National Petroleum Company (NNPC), Shell, Exxon Mobil, Chevron, Total, and He is keen about increased collaborations between energy focused companies in the United States and Multi-nationals like Nestoil”.

Responding, the Chief Operating Officer of Nestoil, Dr. Chukwueloka Umeh, reiterated that ”Nestoil has earned its reputation as a company with world class project execution capacity during the past 19 years of operation in the Nigerian Oil and Gas industry. Nestoil he said,  has invested heavily in the development of its human and material capacity. In terms of equipment and facilities, Nestoil is second to none. There are opportunities for collaborations in various spheres across the Petroleum and Energy sector and Nestoil looks forward to seeing possible tax friendly incentives across States in their country, to enable effortless business engagements”.

The C.O.O then led the International Delegates through the Strategically located building, overlooking Eko Atlantic.

”Another testimonial of Nestoil’s commitment to a culture of innovation and environmental consciousness”, Attorney at The Harrison Firm LLC – Cynthia Wright Harrison concluded.