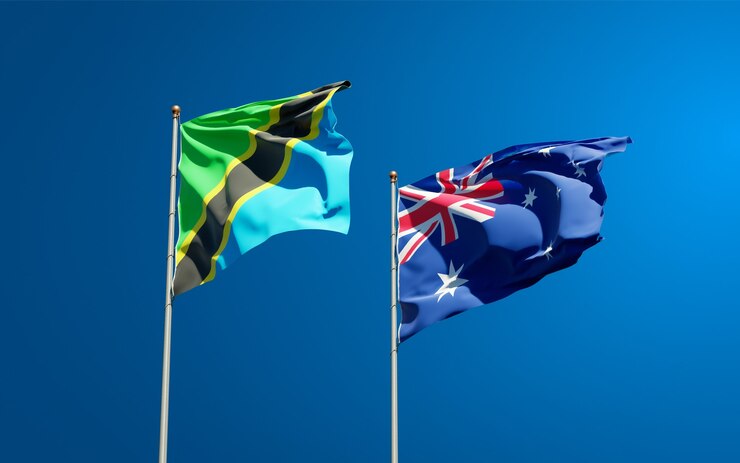 Tanzania and Australia: A green and gold umbilical cord?

Tanzania and Australia – an umbilical cord? What could be a stranger notion? After all Australia is pretty much as far as you can get from Tanzania with Sydney roughly 11,600km from Dar es Salaam, and Mwanza from Perth (the respective mining capitals) not much closer at 9,200km. Indeed, given this distance it is an unfamiliar country to most Tanzanians – other than that occasional annoying confusion when abroad if mentioning Tanzania and people respond “Oh, the place near to Australia” – confusing the name with “Tasmania”!

But despite the distance there is an umbilical cord – represented by the role that Australian companies play in nurturing infant mining projects whilst “in the womb” (through the exploration stage) up to “birth” (development and commencement of production). Today in Perth sees the start of the first post Covid in person “Africa Down Under” (ADU) conference, which runs for two and half days with eleven sessions, each focussed on one or two African countries – with presentations from a Minister from the respective country and/or Australian mining companies operating in that country. Tanzania is one of the focus countries alongside Burkina Faso, Ethiopia, Gabon, Ghana, Ivory Coast, Kenya, Mali, Nigeria, South Africa, Sudan, Uganda, Zambia and Zimbabwe.

Graphite is the focus for Walkabout (Lindi Jumbo project) and Blackrock (Mahenge project), with first production for these projects targeted for Q3 2022 and Q4 2023 respectively, as well as Evolution Energy Minerals (Chilalo project). Other Australian companies with Tanzanian graphite projects include Ecograph (Epanko project), Magnis Energy (Nachu project) and Volt Resources (Bunyu project). The spur for these projects is a global graphite market estimated to be USD26.8 billion by 2025, and with demand for graphite forecast to grow by more than 500 percent by 2035 as compared to 2020 reflecting unprecedented demand driven predominantly by the energy storage and the electrical vehicle sectors.

Nickel and cobalt, as well as copper, are expected to be produced by the Kabanga nickel project, the world’s largest development-ready nickel sulphide deposit, which also has significant Australian involvement following the January 2022 announcement of the entry of BHP Group Limited into the project to join Kabanga Nickel Limited. Measured by market capitalisation, BHP is the largest company in Australia, and the largest mining company in the world. The project development timeline set out in a January 2022 press release anticipated first production in 2025.

As the electric vehicle (EV) market grows to replace the use of fossil fuels, the requirement for battery minerals is expected to increase significantly to meet this additional demand, and nickel and cobalt are two of the key elements in lithium-ion batteries; in addition, copper demand is also expected to see demand grow in line with greater electrification. Nickel is also the focus of Adavale Resources’ nickel project, which is adjacent to the Kabanga nickel project, and presumably hence the name “Kabanga Jirani” project.