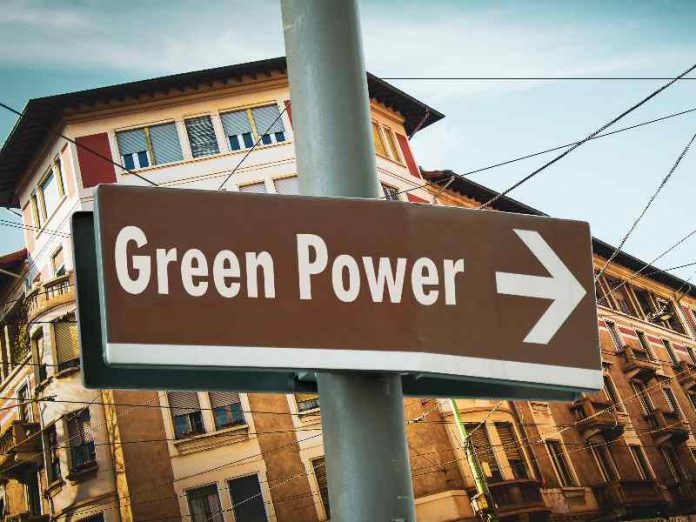 Prominent use cases of alternative power sources in Africa

Africa’s rapid economic growth creates a daunting energy challenge, as well as expectations of enhanced resilience and sustainability. In the face of the growing energy needs of the continent, finding a sustainable solution is one of the biggest challenges.

Africa has many renewable energy resources, such as hydro, sun, wind and others, and it is time to plan carefully to ensure a balanced energy mix. Energy decisions made today will have a profound impact on the continent for decades to come.

According to Future Market Insights, renewable energy – including solar power – is being used globally, hence the global solar pumps market is projected to grow at a 12% Compound Annual Growth Rate (CAGR) during 2022-2032. Solar and wind power capacity both grew by 13% and 11% between 2019 and 2020, while hydropower increased by 25% during the same period.

In Africa, the total installed capacity for renewable energy has increased by more than 24GW since 2013. Future forecasts predict that the conteintnet will boast an additional 27.3 exajoules (EJ) in 2050 compared to the current 1.8EJ.

In forthcoming years, Egypt, Algeria, Tunisia, Morocco and Ethiopia are expected to lead the growth in solar and wind energy. As far as renewable energy capacity is concerned, North Africa currently leads the continent. With the capacity under construction, this is likely to remain the case.

In this article, we will discuss the various kinds of projects being developed in Africa courtesy of renewable energy sources. We will elaborate on the use of wind power turbines to accelerate the electricity generation procedure, how the continent is developing various solar energy projects as an alternate source of energy, and the use of geothermal energy for various rural areas.

From wind turbines, mechanical energy can be harnessed for a variety of purposes, such as powering irrigation pumps or producing electricity. A significant advantage of wind-powered turbines is their potential to accelerate electrification in Sub-Saharan Africa, marking them as a suitable choice for rural communities-which they are in fact in some countries. It can be a large-scale project or a small-scale installation, which can work alongside a minigrid and solar PV.

The distribution of wind potential on the continent is less even than that of solar potential. To determine wind potential geography, wind speed is the most significant factor, which is strongly influenced by pressure gradients and landscape shape. Thus, coasts, deserts and natural channels are all favourable for high wind speeds. Within Africa, the rugged regions of Sahel and Sahara (that includes regions of Sudan, Chad and Niger), the African coastlines and the mountains of South Africa (including Zambia, Malawi and Lesotho) have been lucrative regions for the companies for wind energy.

Since 2018, the 2016MW Aftissat wind farm has successfully built up 56 Siemens 3.6-130x100mhh wind turbines near Sahara’s Boujdour City. Under Morocco’s Renewable Energy Law, this farm supplies green electricity to industrial customers. With the exceptional quality of Atlantic trade wind available in this region, the farm generates 1,000GWh/year and offsets 700,000 tons of carbon dioxide every year. Another booming wind energy zone is regions around the Great Rift Valley and the Horn of Africa.

The Rift Valley Energy Group commissioned its wind farm in Mwenga. This farm has a capacity of 2.4MW and is used for generating electricity for feeding the local grid of the Rift Valley Energy Group. Stretched over 400kms, these minigrids supply 42 businesses and 4500 homes. Thus, utilising the amount of energy available in these zones can be a turning point towards achieving sustainability throughout Africa.

Kenya’s Lake Turkana Wind Power project is, for example, the largest single private investment in the country’s history. Kenya’s national grid will receive reliable, low-cost energy from the wind farm, comprising 365 turbines across 162km2. In the future, Kenya will not need to import as much oil due to the wind farm’s capacity to meet 20% of the country’s energy needs. Kenya has benefited significantly from the project in terms of economic growth, job creation and environmental conservation. In addition, neighbouring countries may be inspired to use local wind conditions for renewable energy production.

Community engagement and consultation are now the primary objectives of the Lake Turkana project (with land areas fenced at least minimally). As a result of this project, it became clear to both the developers and institutions involved that both transparency and accountability were necessary to manage investment risks associated with the development of large renewable energy projects in sub-Saharan Africa.

Africa to use its naturally high potential in solar energy

Solar energy is naturally abundant in Africa. In addition to spanning the equator and both tropics, the continent spans latitudes 37°N and 32°S. The average annual solar irradiation in African countries is quite evenly distributed and the number of sunshine hours is very high. As a result, solar technologies could provide power and heat to virtually everyone, even in remote areas.

Solar energy can be generated through utility-sized PV (conventional or concentrated photovoltaic) or CSP (concentrated photovoltaic thermal power) as well as small solar panels that can produce power off the grid. Apart from power, solar energy can be used to generate heat for domestic uses or non-intensive industrial uses (like textile processing that requires low-to-medium temperatures) and even for cooling (critical in remote hospitals and clinics).

CSP and PV technologies can provide desalination and wastewater treatment to communities where fresh water is scarce, which is critical for rural communities where solar energy (heat and power) is used for irrigation, food processing and storage. As part of robust initiatives to diversify the country’s energy mix, several solar developments have been observed in 2022, including tenders and project launches.

For instance, it was announced in April 2022 that the Department of Mineral Resources and Energy (DMRE) would be soliciting proposals for Bid Window 6 of the Renewable Energy Independent Power Producer Procurement Programme (REIPPPP), which would result in the construction of 2,600MW of renewable power plants, of which 1,000MW would be solar. Each winning bidder will be contracted to develop between 50 and 240MW of power per project.

In May 2022, a 200MW solar PV project to be developed by Cape Town-based SOLA Group was approved by South Africa’s National Energy Regulator (NERSA). Construction of the two 100MW developments will be completed within 14 months after the Final Investment Decision (FID) for the project, made in July. Upon completion, the projects will supply power to mining firms Tronox and Eskom following the power purchase agreements (PPAs) signed with them.

For commercial and private use, NERSA approved 15 additional solar PV projects in June with a combined capacity of 139MW. The 11 Eskom-integrated projects will be connected to Eskom’s grid, while the four Ekurhuleni, Emfuleni and Tshwane Municipal projects will be connected to their grids. As a result, consumers are likely to switch from one type of energy to another alternate renewable type as a result of such projects.

Steam stored underground is used to convert heat into electricity in geothermal plants. Some areas, such as those near volcanoes, geologic rifts and hot springs have better access to deep heat resources. Dispatchability is the key advantage of this technology from a power generation perspective, making it a suitable complement for intermittent renewable sources. Despite this, geothermal is typically used for base load power because of its low variable costs.

East Africa has the greatest geothermal potential in the Great Rift Valley, which extends from Djibouti to Mozambique, a geologically active area. There is an estimated 15GW of geothermal potential in Africa, of which only 0.6% has been exploited. There are about 600MW of geothermal power plants installed in Kenya, which has emerged as a global leader in this field in the last decade. Kenya’s power sector, once overly dependent on hydropower, has become much more drought resilient since geothermal became the dominant source of energy.

Within the 4 participating African countries in the project (Djibouti, Ethiopia, Kenya and Rwanda), the Homa Hills situated in western Kenya were chosen to be one of 4 representative sites for the diversification of geothermal energy systems located in the East African Rift System (EARS).

During March to April 2022, GV partners conducted two missions along with various researchers to engage in fieldwork. The work involved sampling geothermal waters, gasses, and rocks as well as subsurface imaging beneath geothermal springs. GV’s social sciences team will pay a visit to Homa Hills to find out what the local energy demand is so that the project can be adapted as much as possible. Projects of this kind promote the use of renewable energy sources in Africa.

The amount of non-renewable energy is on the verge of disappearing completely across the African continent due to the increasing amount of urbanisation and industrialisation. It is therefore high time to explore the potential of renewable sources of energy in Africa, which are abundant. As a result, various projects are springing up in different African countries using alternative forms of energy.

Climate change and sustainable development are integral parts of the AREI. Using the UNFCCC principles outlines how African countries can achieve low to zero carbon development strategies. In addition to enhancing well-being and economic development, the Sustainable Development Goals must be met through the rapid expansion of energy access.

Despite energy availability challenges, the AREI recognises that they also offer significant opportunities. A truly collaborative international effort and goodwill are needed to stimulate transformational change. Through the Initiative, African countries will have access to cleaner energy to support their development and prosperity by fostering partnerships, bringing together existing initiatives, and mobilising new international support for secure, distributed, and people-centred energy systems of the future.