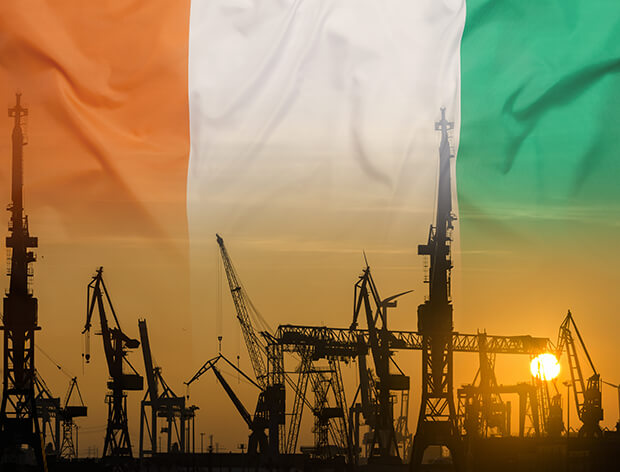 The Ivorian Society of Refinage in Abidjan. Energy group Eni have discovered up to 2bn barrels of oil off the country’s coast .

Ivorians celebrated when Italian energy group Eni revealed that it had discovered up to 2bn barrels of oil in waters off the west African country’s coast — the first big find in two decades. “It’s a great discovery,” said Abdourahmane Cissé, secretary-general of the Ivorian presidency, of last month’s find. “The preliminary results show that, in terms of oil reserves, it is approximately 10 times what we have at the moment,” he said, referring to initial estimates of between 1.5bn and 2bn barrels of oil as well as between 1.8tn and 2.4tn cubic feet of associated gas. Oil could start flowing within four years, boosting exports from a country that is already the world’s biggest grower of cocoa. “This will be good for the country,” said Cissé.

Not everyone shares his confidence. Ivory Coast has struck oil just as much of the developed world has begun to call time on fossil fuels and some financial institutions are reluctant to take carbon-emitting projects on to their balance sheets. “People say: ‘We’ve found oil, we’ve found gas, we’re all going to get rich’,” said Kingsmill Bond, an energy strategist at think-tank Carbon Tracker. “But getting involved in extraction of fossil fuels is much riskier than it used to be and much riskier than it is perceived to be.” While Ivory Coast is already pumping small quantities of oil, Bond said the risk was that it would bring more “on stream at a time when the market is already in decline”. As advanced economies made the switch to electric vehicles and moved rapidly to renewable energy, demand for oil would fall and only the lowest-cost producers would survive, he added. Production costs of offshore African oil, especially in deep water, were relatively high, Bond said. Ivory Coast’s discovery is at about 1,200 metres. Despite the surge in oil and gas prices this autumn, many analysts argue that declining demand will eventually force prices down, making higher-cost oil uncompetitive.

‘We’re not the polluters, the others are’ The Ivorian find also taps into a broader debate about what it is reasonable to expect of developing countries that are reliant on fossil fuels. As the COP26 UN climate change summit in Glasgow approaches and many rich countries accelerate their shift towards clean energy, some governments in Africa — particularly hydrocarbon producers such as Nigeria and Equatorial Guinea — are calling for a “just energy transition” that allows for a slower switch to other fuels.

Governments in Africa, which are responsible for at most 3 per cent of global emissions, object to being pressured by banks and donors to abandon the fossil fuels on which they say their industrialisation and development depends.

Many, including Ghana, Senegal and Mauritania, are only now gearing up their hydrocarbon production. “We’re going to do what is in the interests of our country,” said Alassane Ouattara, president of Ivory Coast, in an interview, adding that Abidjan intended to exploit its hydrocarbons for the benefit of its people. Countries such as the US, where carbon emissions were nearly 40 times higher per capita than in Ivory Coast, were in no position to lecture, he said. “We are not the polluters.

There were plans to add solar, including from a floating solar farm on a lake, as well as biomass energy made from waste in the palm oil and cocoa industries, he said. “But we envisage our energy needs will go up significantly by 2030 and for that we will need gas.” Africa without oil?

There was a danger the world was transitioning towards green energy without taking into account the huge development needs in Africa and other poorer regions, said Kenny Fihla, chief executive of wholesale clients at Standard Bank, Africa’s biggest lender.

Older petrol and diesel vehicles would be on the road much longer in Africa, where most countries relied on second-hand imports for the bulk of their fleet, he added. Recommended David Pilling Africa has been cropped out of the climate change debate “It is nearly impossible to talk about Africa without oil at this stage,” he said. “Even in 2050, there will still be some oil utilisation, as other types of fuel will not have developed adequately to be able to replace it.” Bond from Carbon Tracker urged African governments to look with more urgency at developing solar and wind power which, he said, would prove to be both more abundant and cheaper than fossil fuels. “The way I see it, it is really daft to advise people to invest in the dying technology of fossil fuels when we ourselves are moving to far superior renewable technologies,” he said. “Africa missed out on the fossil fuel-driven energy system and all the wealth that flowed from that. But they don’t need to miss out on this one.” Still, in the interim, Ivory Coast was not about to let its big oil find go to waste, said Cissé. Asked if he thought developers would have any difficulty with securing bank lending to develop the oilfield, he said: “Now they’ve found it, trust me, there won’t be any issues of financing.”