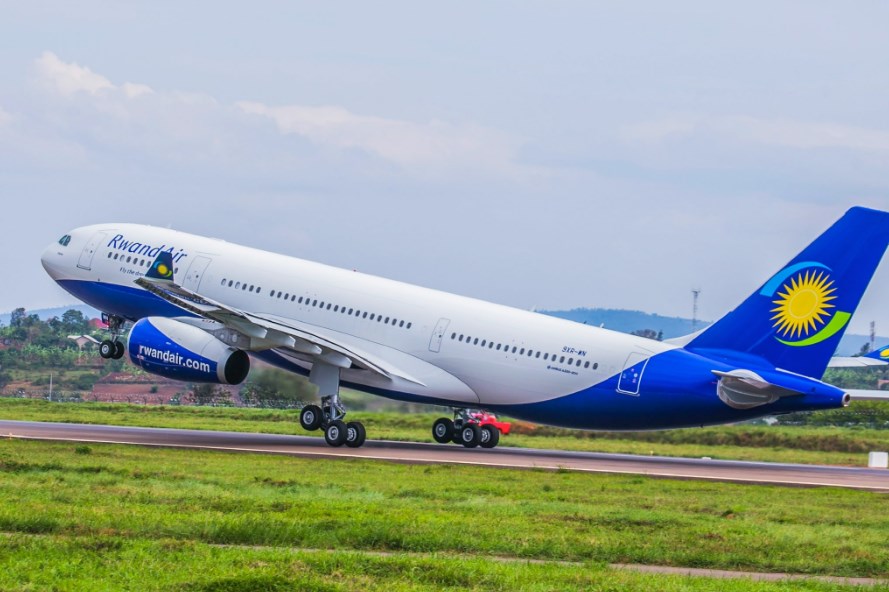 Government of Rwanda Regains Control of Upper Airspace After 30 Years

Rwanda will now have full control over her upper aerial space, after more than three decades in the hands of the government of Tanzania.

A handover deed was signed last week by both governments after Rwanda notified of her intention to withdraw and directly discharge her responsibility of providing air traffic services in her upper airspace.

According to RCAA, the country’s upper airspace was delegated to Tanzania in the 1970s for provision of air traffic services.

However, officials said, to be able to regain her airspace, Rwanda fronted different reasons including improving safety in Kigali Flight Information Region (FIR) as well as meeting regulatory requirements such as Search and Rescue (SAR) obligations.

And following several coordination meetings led by The International Civil Aviation Organisation (ICAO), Rwanda was permitted to continue with the process to take over the airspace.

ICAO ordinarily gives the control of the upper airspace.

According to Serge Tuyihimbaze, an aviation expert based in Kigali, countries delegate provision of air traffic service for either technical, operational, safety or efficiency considerations.

Tuyihimbaze, who is also the Managing Director at Leapr Labs-a local drones company, argues that the opportunity in delineation of airspace lying across national boundaries could be targeting the proposed value alongside the previous aspects.

“But the opportunity cost in my opinion is around any barriers that may result in delegation of state sovereignty over airspace for provision of air traffic services,” he said.

“Of course having full control of your territory, being the airspace and ground, means a lot politically, looking at factors like independence, and others… And economically, if there was a big cost related to the provision of such services, the cost is saved! Or if real-time processing of Air Traffic data for future use is an option, this can have a good impact economically through Data Science innovations.”

For Alex Nwuba, a regional aviation analyst, countries may not wish to or cannot afford to offer navigation services over their upper airspace, in which case they delegate it over to another country or agency.

Much as Rwanda is restraining its upper space, Nwuba said, it is still a participant in the East Africa Community Unified Flight Information Region (UFIR) that creates a single block of upper airspace over Tanzania, Kenya, Uganda, Burundi and Rwanda, operating from a single area control centre under the regional open skies agreement.

“Thus it negates any opportunity cost. In Europe, this control is by Eurocontrol and AESCHNA with the francophone African nations who share the benefits.”

Nwuba shared similar sentiments with Tuyihimbaze, citing that the economic gains include collection of overflight fees while security makes a big part of the security gains.