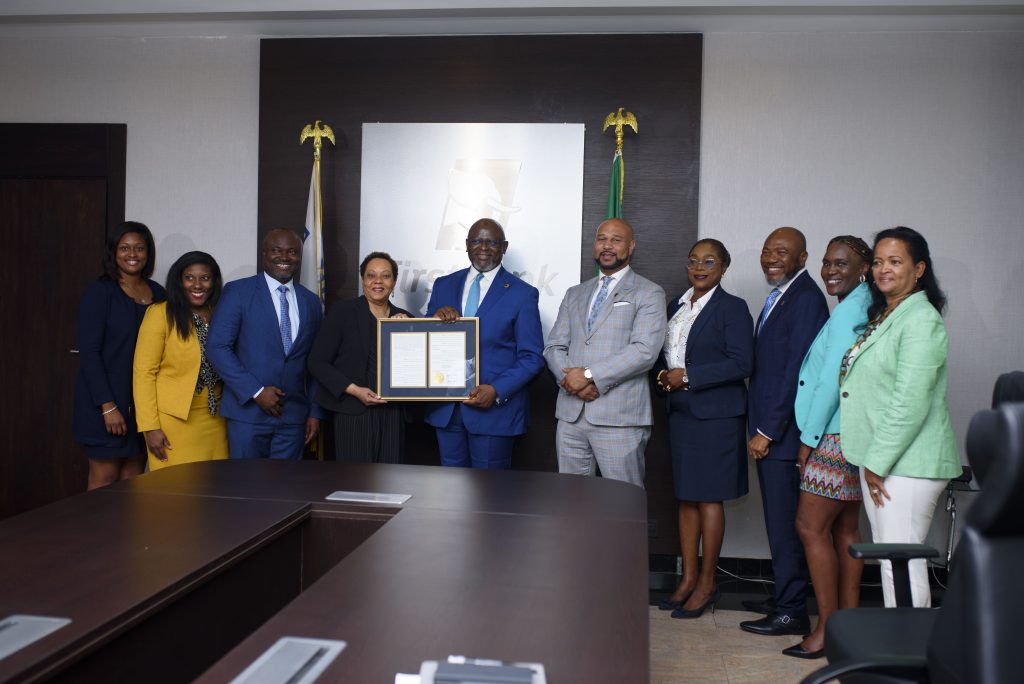 In line with her continued support and promotion of US-Africa relations, the Chairman of African Leadership Organization – publishers of Africa Energy & Infrastructure Magazine, Dr. Ken Giami, led Delegates from the National Bar Association of The United States on a courtesy-visit to the C.E.O of First Bank, Dr. Adesola Kazeem Adeduntan.

Adeduntan stated that ”First Bank will continue to demonstrate their support for projects and innovation that seek to deepen trade and bilateral business ties between the United states and Africa, considering their position as Nigeria’s oldest and one of Africa’s oldest Banking Institutions”.

The U.S Delegation led by the President of the National Bar Association of the United States, Judge Carlos Moore, advocated the need to promote people-to-people and business-to-business engagements between African Business, Political and diplomatic leaders with their United States counterparts.

As a powerful and strategic association in Washington DC, the National Bar Association is visiting Nigeria on a governance and partnerships tour to harness ideas and strategic partnerships, aimed at fulfilling the current renewed quest of the United States Government, to strengthen trade, commerce, security and health partnerships with Africa.