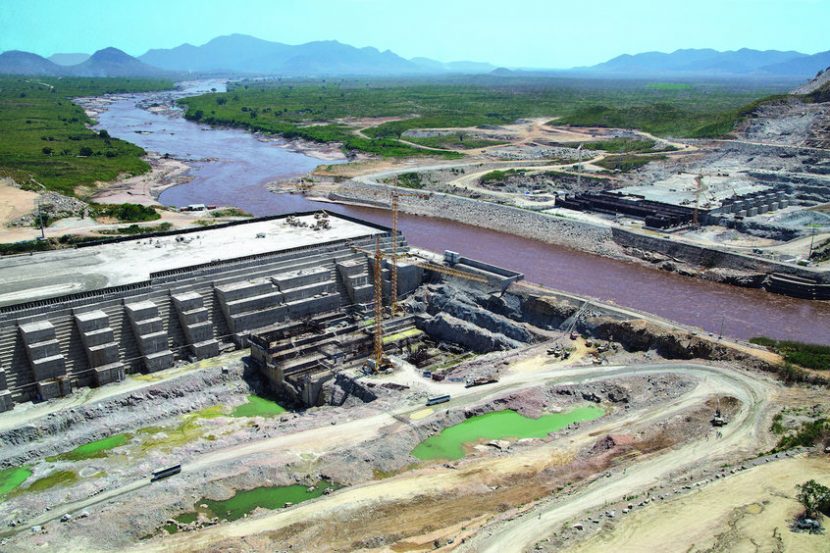 Ethiopia: A New Round Of Consultations On The Renaissance Dam In Addis Ababa

A new round of consultations on Ethiopian Renaissance Dam was launched recently in Addis Ababa. The 9 hour round included three way closed door meetings attended by the Ministers of Water and Irrigation from Egypt, the Sudan and Ethiopia. The meetings were also attended by 40 members of the three way technical committee and representative of the French consultant house to clinch the lingering and divisive issues which hinder reaching an agreement on the methods of filling and the years of filling the Dam reservoir, the management and operation of the dam.

The technical meetings included four secret and closed sessions in one of Addis Ababa hotels under the Egyptian, Sudanese and Ethiopian water and  Irrigation Ministers and the official delegations. These closed consultations are expected to continue Sunday.

Official sources taking part in the technical meetings said the meeting comes in implementation of directives by the leaders of the three countries and the declaration of principles signed by the three countries in the Sudanese capital in March 2015. The meetings aim at discussing queries regarding the initial report which was conducted by the French consultant House on the potential negative, economic, social and environmental impacts of the Ethiopian Dam on the downstream countries.

Mohamed Abdel Aati, the Minister of Irrigation said Egypt, through its participation in the meetings on Renaissance dam file, hopes to translate the prevailing good feelings among the leaders and officials in the three countries into practical measures and agreements on the ground in order to dispel existing concern through clear cut measures so that all may realize that we are moving in the right direction and on solid ground towards a better future for the three countries. He said the agreement on the manner of filling the dam reservoir and the operation as well as the management of the dam and minimizing its impacts on Egypt would appease fears expressed by all parties concerned.

For his part, the Ethiopian Minister of Water and Irrigation addressed the inaugural session expressing hope that the meeting would address all divisive issues with a positive spirit with the aim of reaching agreements. He renewed his country’s commitment to completing technical studies on the dam adding the meeting would prepare for holding another meeting attended by the Ministers of Foreign Affairs, Irrigation and the Chiefs of Intelligence services in Addis Ababa soon.

Spokesman for the Ministry of Irrigation Dr Hassan Al Imam said the technical meeting on Renaissance dam which took off in Addis Ababa is an attempt to move troubled water and push forward talks at the technical track.