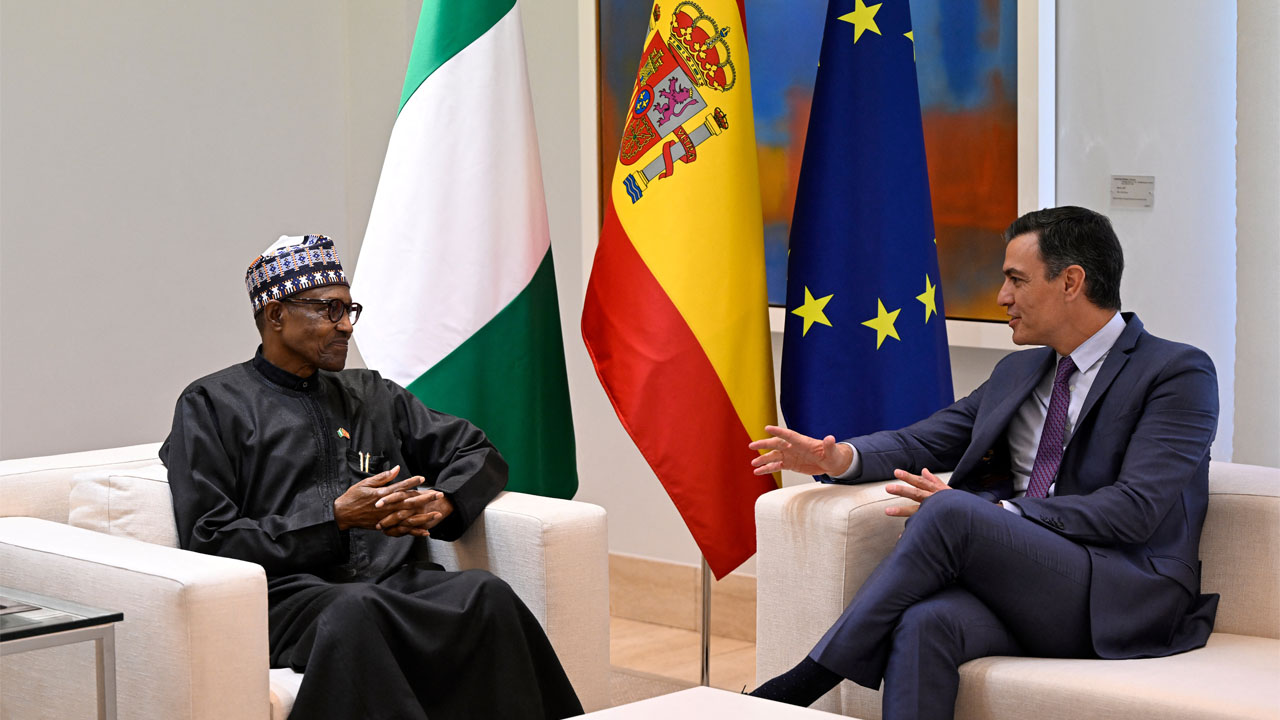 Kyari made this known while addressing Nigerian and Spanish business leaders on investment opportunities in the Nigerian Oil and Gas Industry in Madrid, Spain.

Buhari had earlier met with the Spanish President, Pedro Sanchez, King of Spain, King Filipe VI, and gave a speech at the headquarters of the World Tourism Organisation (WTO), in Madrid.

During the visit, President Buhari said Nigeria looked forward to increasing bilateral relations with Spain, even as he signed bilateral agreements and Memorandum of Understanding (MoUs) with the Spanish. The MoUs cover areas of prisoner transfer, sports and culture as well as the economy.

Describing the partnership as an important one for the NNPC, Kyari said 26 per cent of all Liquefied Natural Gas (LNG) produced in Nigeria ended up in Spain.

According to him, 14 per cent of all Crude Oil produced in Nigeria ends up in the same country. “Clearly for us as a business, it is an important market for our company.

The GMD explained that the world would need energy for today and for the future in industries such as power, IT, automobile etc.

“We know that energy transition is real. We know that net-zero by 2050-2060 is real. But it doesn’t mean zero hydrocarbons in 2050-2060. It means that you are going to have a cleaner use of hydrocarbons,” Kyari added.

He said investors must see where their money could come out from and when they invest, they must see that they can recover their cost and make some margin from it.

He said that in line with global acceptance of gas as a transition fuel, Nigeria had since declared 2021-2030 as the decade of gas.

“In our country today, we have legislation that has clearly created a commercial National Oil Company which will be unveiled by our President in the coming days. “Together with the Spanish business community, I am confident we can build this industry,” Kyari said.