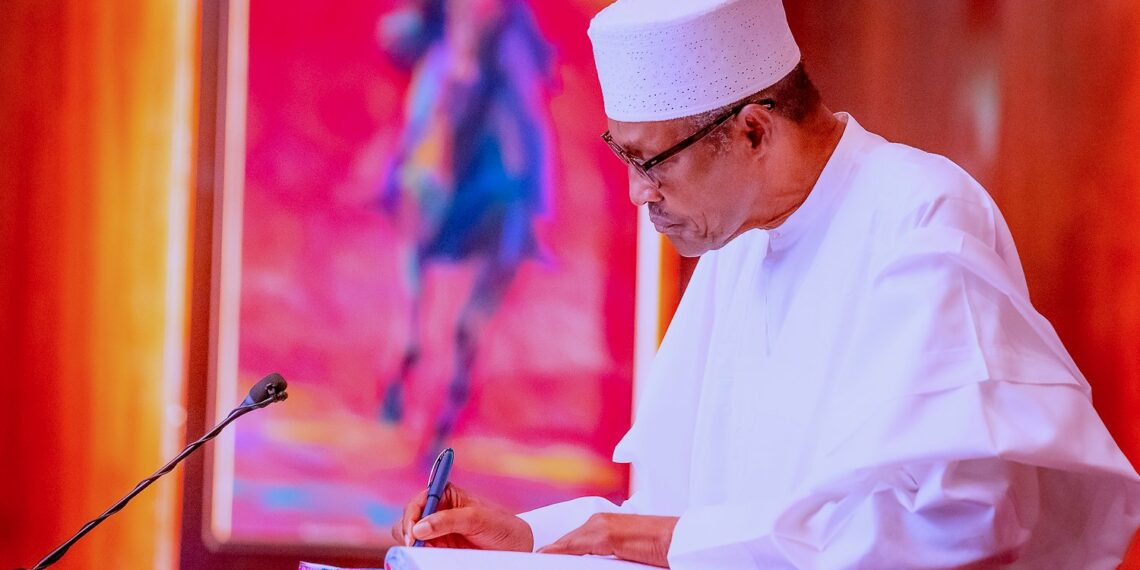 Mr Buhari approved the transfer in his capacity as Minister of Petroleum Resources.

The presidency said President Buhari gave the approval in consonance with the country’s drive for Foreign Direct Investment in the energy sector and considering the “extensive benefits of the transaction to the Nigerian Energy sector and the larger economy.”

“The President, in commitment to investment drive in light of the Petroleum Industry Act, granted consent to the Share Sales Agreement, as requested by the parties to the transaction, and directed that the approval be conveyed to all the parties involved,” spokesperson Femi Adesina siad in a statement Monday.

“Exxon Mobil/Seplat are expected to carry out operatorship of all the oil mining licenses in the related shallow water assets towards production optimization to support Nigeria’s OPEC quota in the short term as well as ensure accelerated development and monetization of the gas resources in the assets for the Nigerian economy.”

Mr Buhari also directed that all environmental and abandonment liabilities be adequately mitigated by Exxon Mobil and Seplat.

Seplat’s move to take over the asset suffered setback after NNPC asserted a right of first refusal on the deal.

The court decision made on July 6 was temporary and forbade MPNU and the defendants from consummating any asset disposal in MPNU, not excluding the share sale and purchase deal it struck with Seplat in February.

NNPC had prayed the court, State High Court of the Federal Capital Territory, to declare that a conflict happened between the state-owned oil company and MPNU over the “interpretation of preemption rights under their Joint Operating Agreement (“JOA”) and order NNPC and MPNU to arbitration as required by the JOA.”

Seplat Energy said neither itself nor Seplat Energy Offshore Limited was a party in the lawsuit, insisting the share purchase agreement remains valid.

The asset purchase will enable Seplat Energy to scale up production by 95,000 barrels of oil a day from assets in a joint venture ExxonMobil runs with NNPC.

ExxonMobil’s move to exit Africa’s largest crude producer mirrors the growing tendency among international oil companies to discontinue their stakes in offshore operations in the country and plough in their investment elsewhere.

Oil drillers are finding operations that are close to host communities increasingly worrisome and feel holding on to offshore fields is the way to go.

In April, TotalEnergies SE announced plans to divest its 10 per cent minority stake in a joint venture with a company holding twenty onshore and shallow water licenses in Nigeria.

Shell, owner of the permits, has received approaches from four indigenous companies including Seplat for a 30 per cent stake in the firm.