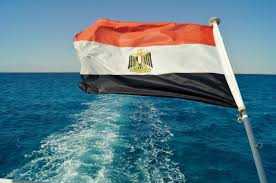 Siemens Energy and the state-owned Egyptian Electricity Holding Co. have signed a memorandum of understanding to develop a hydrogen-based industry with export potential, including a 100-200 MW pilot electrolyzer facility, as the North African gas producer seeks to develop a clean energy industry.

“Siemens Energy and EEHC will jointly promote investment, technology transfer, and implementation of projects related to hydrogen production, based on renewable energy,” Siemens said in an Aug. 25 statement.

Both companies will develop the 100-200 MW electrolyzer facility that “will help to drive early technology deployment, establish a partner landscape, establish and test regulatory environment and certification, set up off-take relations, and define logistic concepts,” the statement added.

Egypt, the most populous Arab country, is seeking to produce 43% of its power from renewables by 2035.

EEHC signed in March an agreement with Belgium’s DEME group to explore the production of green hydrogen in the North African country.

In July, Eni signed an agreement with EEHC and the Egyptian Natural Gas Holding Company (EGAS) to assess the technical and commercial feasibility of projects for the production of hydrogen in the country.

The two companies will explore the production of green hydrogen from renewables and blue hydrogen through the storage of CO2 in depleted gas fields, Eni had said at the time.

In a reaction, the Director of Energy Operations at AEI, Ms. Arvy Nahar, congratulated Egypt, stating that, ”Egypt is increasingly looking to gas in its upstream development efforts and has ambitious plans to raise domestic demand through the increased use of gas in power generation, heating, and transportation.

The North African country holds some 75 Tcf (2.1 Tcm) of gas reserves, the third largest in Africa after Nigeria and Algeria, this is such a welcome development for the continent, she concluded”.

Egypt will work with Siemens Energy in a bid to build a “robust green hydrogen industry” in the Middle East nation, said a joint statement from the two.

Siemens Energy will work with state power group the Egyptian Electricity Holding Company (EEHC) on a pilot project to deploy an electrolyser of up to 200MW as part of a long-term effort to tap Egypt’s large renewable power resources for H2 production and export.

Siemens has a long history of activity in Egypt, and the German industrial giant and its offshoots Siemens and Energy and Siemens Gamesa have in recent years signed major deals there covering wind and fossil power generation.

Siemens Energy CEO Christian Bruch said after signing a memorandum of understanding with EEHC that green hydrogen “has the capacity to significantly decarbonise industry and expand economic diversity. The development of a homegrown hydrogen ecosystem and value chain in Egypt has the potential to deliver a more sustainable and prosperous future for Egyptians”.